Delek and its partners are currently producing Tamar, developing Leviathan, and evaluating the development of Aphrodite. For information about the East Med business environment, click here. 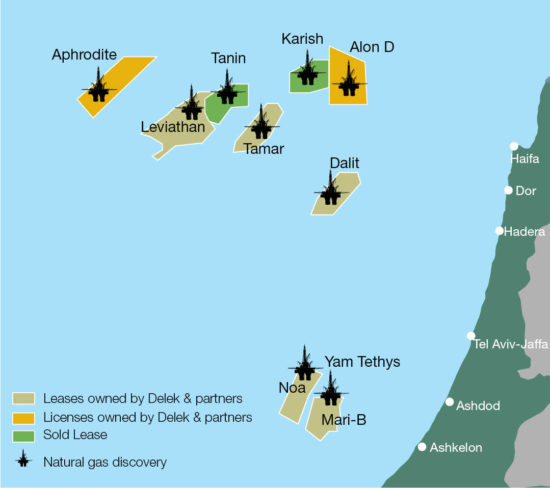 OFFTAKE AGREEMENTS: SIGNED AND UNDER NEGOTIATION

Based on the Company’s immediate reports and public disclosures.
All of the agreements have a floor rate.

According to the Israeli Natural Gas Framework approved by the Israel Government, Delek’s ownership in Leviathan is to remain unchanged.

With its FID in place, Leviathan is positioned to become Delek 's powerful growth engine for the next decades.

1 Reserves are as of 30.06.2017 and include Tamar SW, according to NSAI. Reserves do not include resources in the area of the Eran License.
2 Development budget up to first gas (as of March 2013). 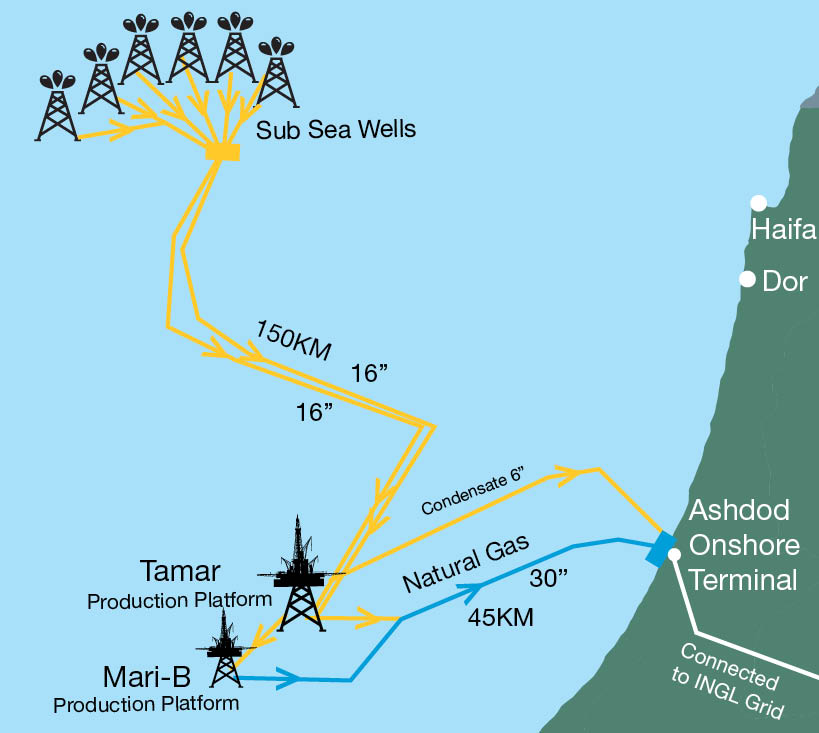 OFFTAKE AGREEMENTS: SIGNED AND UNDER NEGOTIATION

Based on the Company’s immediate reports and public disclosures.
All of the agreements have a floor rate.

Mechanism for quantities adjustment between 2018 and 2021

Delek Group and its partners are currently evaluating alternatives for expanding the production capacity of its Tamar lease to up to 20.4BCM/Y (1,974 mmcf/d). This expansion will enable Tamar to increase its supply of natural gas to the Israeli market while also potentially feeding natural gas to the liquefaction plant of Union Fenosa Gas (Damietta) in Egypt.

The Tamar Partnership is currently in negotiations with Union Fenosa Gas to supply 4.5 BCM of natural gas per annum for a period of 15 years with an option to increase to 7 BCM per annum.

According to the Israel Natural Gas Framework approved by the Israeli Government, Delek is permitted to undertake the Tamar Expansion project, and must divest all of its holdings in Tamar by 2021.

As per the Natural Gas Framework Plan, in July 2017, Tamar Petroleum, a special purpose company established by Delek Group’s partnership, Delek Drilling LP, commenced trading on the Tel Aviv Stock Exchange, following a successful IPO, under the ticker ‘TMRP’. Delek Drilling sold its working interest of 9.25% in the Tamar and Dalit Leases to Tamar Petroleum. In exchange, Delek Drilling received approximately NIS 3 billion (approximately USD 850 million) as well as a shareholding in Tamar Petroleum amounting to 40%. As a result, Delek Group will recognize an after-tax profit attributed to the Company’s shareholders of approximately NIS 800 million in the third quarter of 2017. This amount also includes the estimate of the fair value of the Group’s entitlement to receive future production-based royalties for the rights sold to Tamar Petroleum.

Delek Group’s partnership is continuing to assess various alternatives for the sale of the balance of its remaining holdings in Tamar and Dalit.

Tamar’s operations added 1% to Israel’s GDP in its first year of production (2013).

Delek and its partners are currently in negotiation with a variety of regional players regarding the export of Aphrodite’s natural gas in substantial quantities via pipeline.

* To view the Valuation report of the contingent consideration and existing royalties under the agreement to sell all rights in leases I/17 Karish and I/16 Tanin, please see section 1.7.8 of Delek Group’s 2016 Annual Report under our Results Center. 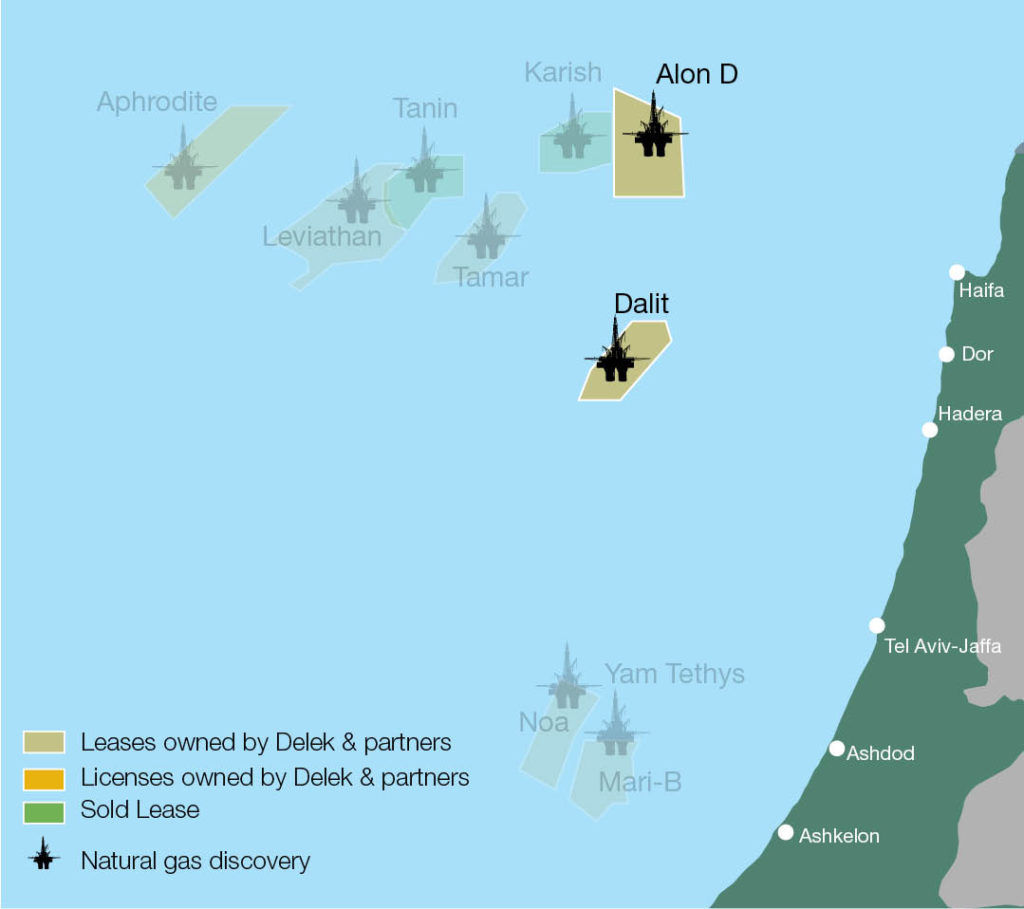 Click here for information regarding East Med region’s geology, the energy policies of the Israeli government and the characteristics of potential regional export markets.